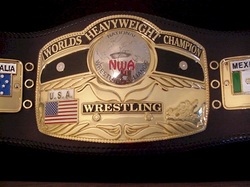 WON
5/25/79 Dothan, AL
Terry "The Hulk" Boulder pinned NWA World Champion Harley Race to win the NWA World Championship, but the decision was voided when Terry was discovered to have thrown Race over the top rope during the match.
(NOTE: This title change is not currently recognized by the National Wrestling Alliance)
LISTEN TO NWA ANNOUNCERS TALK ABOUT HOGAN"S VICTORY {watch} 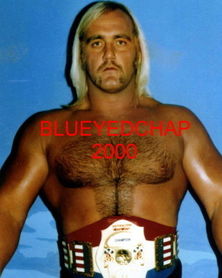 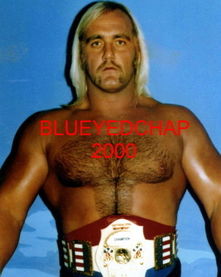 LOST
The next champion on record is Ron Fuller who is listed as champion as early as 6/8/80. Due to poor record keeping by the promotion it is unknown how long Hogan was recognized as champion. 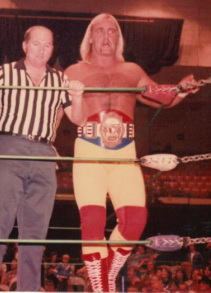 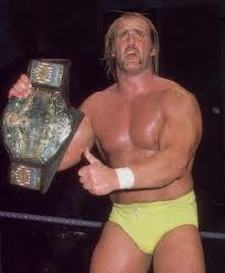 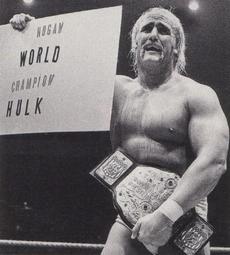 Lost
AWA President Stanley Blackburn attempted to have Hogan disqualified for throwing Bockwinkle over the top rope. But since this was a no DQ match Blackburn could only strip Hogan of the title and return it to Bockwinkle 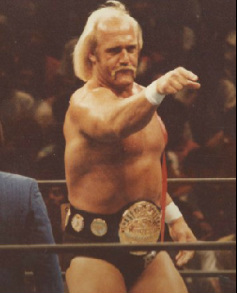 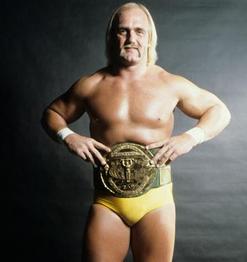 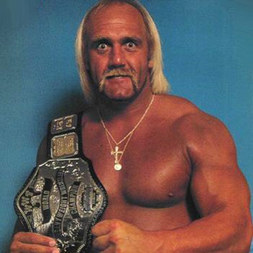 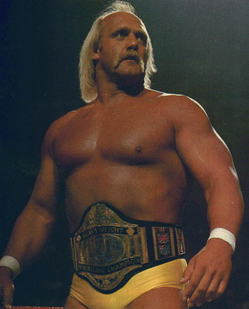 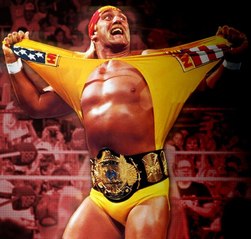 Lost
WWF President Jack Tunney decided to declare the title vacant due to the controvercy of the last two title reigns (caused by Ric Flair's interference in both matches); the vacant title was put up for grabs in the 1992 Royal Rumble 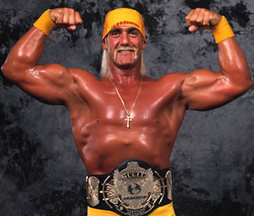 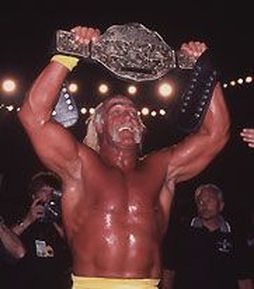 LOST
10/29/95 - Detroit MI (Halloween Havoc '95)
The Giant defeated Hulk Hogan by disqualification when Hogan's Manager Jimmy Hart interfered and intentionally caused the DQ
The next night it was revealed that Hart had slipped in a stipulation that Hogan could lose the title on a DQ but James J. Dillon noted that Hart failed to put in a stipulation that the Giant could WIN the title on a DQ; the vacant title was put up for grabs in World War 3 '95 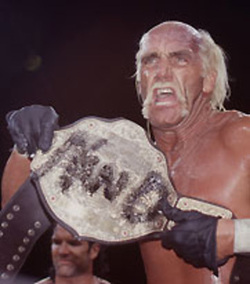 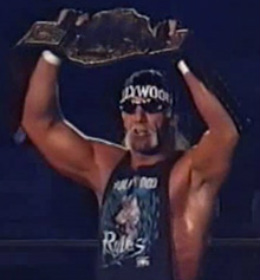 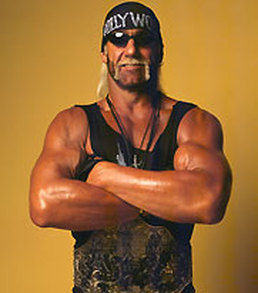 WON
12/29/97 - (Monday Nitro)
Hollywood Hulk Hogan pinned Sting
Nick Patrick made the three count when first referee Randy Anderson was knocked out. After the match Anderson came to and mistakenly thought the match was still going on and declared Sting the winner; but the fact that the bell rang when Patrick called for it but NOT for Anderson shows that the match was already over {watch: Pt 1, Pt 2}

LOST
1/8/98 - The title was declared vacant due to the controversy of the previous two title changes. Hogan and Sting would fight for the vacant title at Superbrawl VIII
(NOTE: This title change is not currently recognized by WWE-current owner of WCW properties) 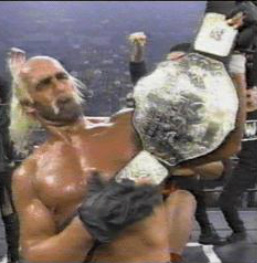 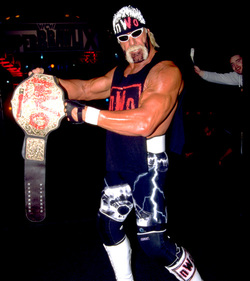 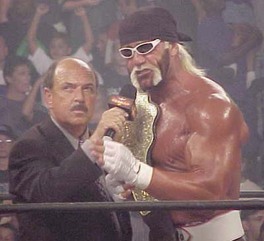 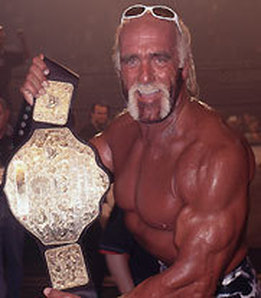 LOST
After Hogan left Vince Russo came down and stripped Hogan of the title. Jarrett and Booker T would face each other later on the PPV for the now vacant title
(NOTE: This title change is not currently recognized by WWE-current owner of WCW properties) 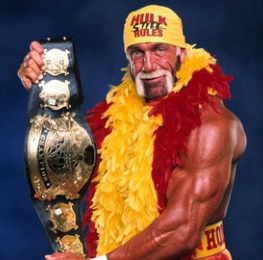 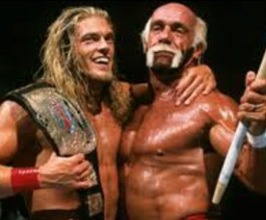