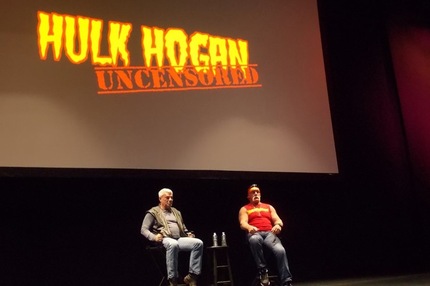 ﻿Hulk Hogan has made numerous personal appearances throughout  his career. Far more than I ever hope to be able to verify and list here. Not to mention all of the autographs he has signed and pictures he has posed for just running into fans on a daily basis. But to give an idea of how in demand he is even if he is not wrestling I have decided to compile a list of meet and greet appearances where The Hulkster appeared - and continues to appear as he is still in high demand - and all of his loyal Hulkamaniacs could come and meet the greatest Professional Wrestler of all time.

﻿"Hulk Hogan Back From The Brink" tour﻿

NEW: "Wrestling Under The Stars"

“Hope for a Single Mom” charity

﻿CSA Show/Coming To The Chantilly Show﻿

Hulk Hogan: One Night Only

○    = Event that Hulk Hogan is scheduled to appear at in the near future.